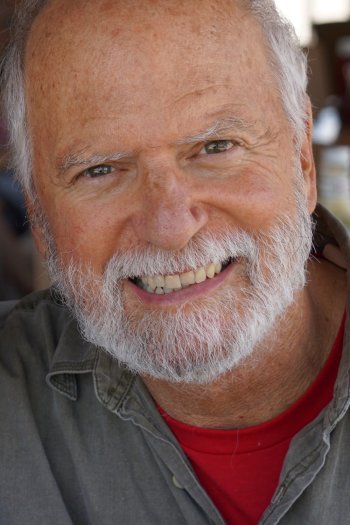 Major support for Shetterly’s appearance and the exhibition of his portrait series is provided by the Maxwell School’s Tanner Lecture Series on Ethics, Citizenship, and Public Responsibility and media sponsor WAER.

Pictures from the exhibition and lecture

Not only is noted painter Robert Shetterly coming to Syracuse University, he is bringing along the full collection of his masterwork portrait series “Americans Who Tell the Truth: Models of Courageous Citizenship,” which marks the first time ever all 235 pieces will be displayed publicly in one location.

The portraits and accompanying narratives highlight citizens who courageously address issues of social, environmental and economic fairness. Combining art and other media, the series “offers resources to inspire a new generation of engaged Americans who will act for the common good, our communities, and the Earth.”

The University will transport the paintings to Syracuse from Shetterly’s Maine home in late fall, and the Panasci Lounge will be transformed into a gallery setting, while continuing as a student study space, to host the public exhibition Nov. 26-30. All of Shetterly’s living portrait subjects have been invited to visit Syracuse University to see the display and enjoy a gallery reception and the accompanying Nov. 29 University Lectures event in which the artist will take part in an on-stage conversation with two of his subjects—Richard Bowen and Dr. Mona Hanna-Attisha.

Bowen is a former vice president at Citigroup who blew the whistle on Citibank’s subprime mortgage practices that helped lead to the country’s 2008 financial crisis. He appeared before the Securities and Exchange Commission—giving them more than 1,000 pages of evidence of fraudulent activities—and later gave nationally televised testimony to the Financial Crisis Inquiry Commission.

Hanna-Attisha, a pediatrician and public health advocate in Flint, Mich., sounded the alarm about the high presence of lead in the city’s drinking water; her book on the Flint Water Crisis, “What the Eyes Don’t See: A Story of Crisis, Resistance, and Hope in an American City” (Random House), was published this past June

Shetterly taught himself drawing, printmaking and painting after graduating from Harvard College with a degree in English literature. His work appears in collections across the United States and Europe. Along with his “Americans Who Tell the Truth” series, Shetterly is well known for his series of 70 painted etchings based on William Blake’s “Proverbs of Hell” and for another series of 50 painted etchings reflecting on the metaphor of the Annunciation.

He began “Americans Who Tell the Truth” in the early 2000s. A book by the same name and featuring his first 50 portraits was published in 2008. Shetterly says the portraits have given him an opportunity to speak with children and adults throughout the United States about “the necessity of dissent in a democracy, the obligations of citizenship, sustainability, U.S. history, and how democracy cannot function if politicians don’t tell the truth, if the media don’t report it, and if the people don’t demand it.”

ABOUT THE TANNER LECTURE SERIES ON ETHICS, CITIZENSHIP, AND PUBLIC RESPONSIBILITY

What does it mean to be an ethical citizen? What do the needs for public responsibility demand from us, whether we work in the private or the public sectors, and whether we are entry-level employees or top leaders? The Tanner Lecture Series on Ethics, Citizenship, and Public Responsibility provides a public forum for exploring these questions in provocative and challenging ways. The series has been generously endowed by alumnus Dr. W. Lynn Tanner ’75 Ph.D., founder, CEO and chairman of TEC, a leadership development organization dedicated to accelerating the growth and development of outstanding 21st-century leaders.