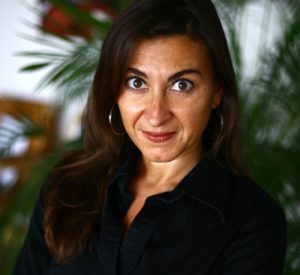 Lynsey Addario is an American photojournalist who regularly works for The New York Times, National Geographic and TIME. She traveled to Afghanistan in 2000 to document life under the Taliban and has since covered conflicts in Afghanistan, Iraq, Libya, Lebanon, Darfur, South Sudan and Congo. Her bestselling memoir, “It’s What I Do: A Photographer’s Life of Love and War” (Penguin Press, 2015), is the basis for a movie to be directed by Steven Spielberg and starring Jennifer Lawrence. Addario is the recipient of a MacArthur Fellowship and was part of the New York Times team that won the 2009 Pulitzer Prize for International Reporting, for her photographs in “Talibanistan” (Sept 7, 2008). In 2015, American Photo Magazine named Addario one of the five most influential photographers of the past 25 years. Sponsored in cooperation with the S.I. Newhouse School of Public Communications.