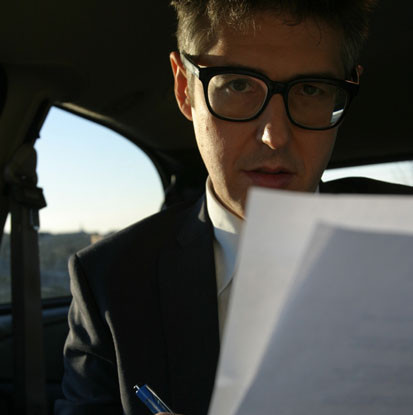 Ira Glass’s This American Life premiered on Chicago’s public radio station WBEZ in late 1995 and is now heard on more than 500 public radio stations each week by more than 1.7 million listeners. Glass began his career as an intern at National Public Radio’s network headquarters in Washington, D.C., in 1978, at age 19. Over the years, he worked on nearly every NPR network news program and held virtually every production job. Under Glass’s editorial direction, This American Life has won the highest honors for broadcasting and journalistic excellence, including the Peabody and DuPont-Columbia awards, as well as the Edward R. Murrow and the Overseas Press Club awards. In 2001, Time magazine named Glass “Best Radio Host in America.” The show has inspired a comic book, three greatest-hits compilations, a paint-by-numbers set, a “radio decoder” toy, and a DVD, which was created with cartoonist Chris Ware. In March 2007, the television adaptation of This American Life premiered on Showtime to great critical acclaim and in 2008 won two Emmy awards.