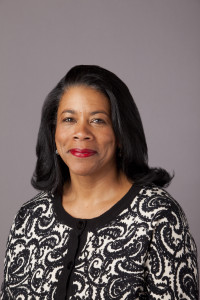 Laurel Richie has more than three decades of experience in consumer marketing, corporate branding, public relations and corporate management, with a long track record of developing award-winning campaigns that transform brands and drive business results. As president of the Women’s National Basketball Association (WNBA), she is responsible for setting the vision for the WNBA and overseeing all of the league’s day-to-day business and basketball operations.  During her three years at the helm, Boost Mobile signed on as league’s first marquee partner, ESPN extended their broadcast partnership through 2022, and the league reached a new collective bargaining agreement with the players and their union.

Prior to joining the WNBA in 2011, Richie was senior vice president and chief marketing officer for Girl Scouts of the USA, where she was responsible for the brand, communications, publishing, marketing and Web-based initiatives. She also spent more than 20 years at the advertising agency Ogilvy & Mather, where she worked on a series of campaigns for prominent clients.  In addition, she has mentored young women and girls as part of Big Brothers Big Sisters, the 4A’s Multicultural Advertising Intern Program, Xavier University’s Youth Motivation Task Force, and the Advertising Educational Foundation. Richie is a recipient of the Black Girls Rock Shot Caller Award, the YMCA’s Black Achiever’s Award. She is a recipient of Ebony magazine’s Outstanding Women in Marketing and Communications and named to their Power 100 List.  Most recently, Black Enterprise named her one of the Most Influential African Americans in Sports.