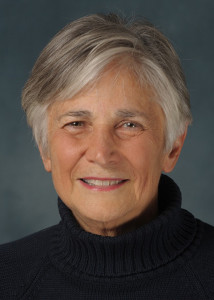 The Death and Life of the Great American School System

A research professor of education at New York University, Diane Ravitch is internationally acclaimed for her expertise on past and present education. Her most recent book, “The Death and Life of the Great American School System: How Testing and Choice are Undermining Education” makes the case that public education today is in peril. Drawing on her more than 40 years of research and experience, Ravitch critiques today’s most popular ideas for restructuring schools, including privatization, standardized testing, punitive accountability and the multiplication of charter schools, and offers a prescription for improving American public schools.

Ravitch was assistant secretary of education and counselor to Secretary of Education Lamar Alexander from 1991-93. In that role, she led the federal effort to promote the creation of voluntary state and national academic standards. A seasoned lecturer, she currently shares a blog, “Bridging Differences” with Deborah Meier, hosted by Education Week, and blogs for Politico.com and The Huffington Post. Ravitch’s newest book, “Reign of Error: The Hoax of the Privatization Movement and the Danger to America’s Public Schools,” (Knopf) will be available in stores in early September.