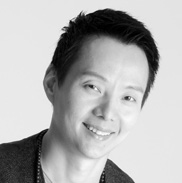 A Conversation with Shen Wei

Shen Wei has been hailed by the Washington Post as “one of the great artists of our time.” A native of China, Shen Wei is founder of New York-based Shen Wei Dance Arts, which since its inception in 2000 has become one of the premier dance ensembles in the world. Shen Wei was commissioned as a principal choreographer of the opening ceremonies at the 2008 Summer Olympics in Beijing. He is the recipient of a MacArthur Foundation Genius Award, among numerous other awards and commissions. Shen Wei Dance Arts will be engaged in a residency at Syracuse University from Feb. 24-March 16 to develop the third piece of a triptych entitled “Re-”

For this University Lectures presentation, Shen Wei will share his personal story, including reflections on growing up during China’s Cultural Revolution; the creative process and development; the philosophy behind his work; reflections on the Olympic opening ceremonies and the development of his new work. The discussion will be moderated by Anna Kisselgoff, former chief dance critic for the New York Times.