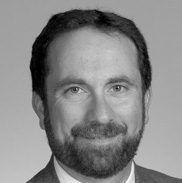 Widely considered an expert on Arab and Islamic politics as well as U.S. Middle East policy, Robert Satloff has written and spoken widely on the Arab-Israeli peace process, the Islamist challenge to the growth of democracy in the region, and the need for bold and innovative public diplomacy to Arabs and Muslims. His latest book, Among the Righteous: Lost Stories of the Holocaust’s Long Reach into Arab Lands (PublicAffairs 2006), offers simple stories from a lost chapter of the Arab-Jewish experience during the Holocaust and details discoveries that helped convince the German government to award compensation to Jewish survivors of labor camps in North Africa.  Having earlier been the recipient of the Daniel Pearl Award from the Anti-Defamation League and the American-Jewish Joint Distribution Committee’s Herbert Katzki Award for outstanding historical writing, Satloff was recently awarded the prestigious Simon Wiesenthal Center’s Sandra Brand Memorial Book Award and the Touro Synagogue’s annual Judge Alexander Teitz Award.