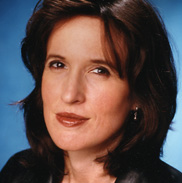 On the Nation and Our Political Movement

Katrina vanden Heuvel will offer analysis of the current political moment and speak about the important role that grassroots social movements and independent journalism can play in building a humane, sustainable world. Vanden Heuvel is the award-winning editor and publisher of The Nation magazine. She has received awards for public service from numerous groups, including The Liberty Hill Foundation, The Correctional Association and The Association for American-Russian Women. In 2003, she received the New York Civil Liberties Union’s Callaway Prize for the Defense of the Right of Privacy. She is also the recipient of The American-Arab Anti-Discrimination Committee’s 2003 “Voices of Peace” award, and the Asian American Legal Defense and Education Fund’s 2006 “Justice in Action” award. She is co-editor of “Meltdown: How Greed and Corruption Shattered Our Financial System and How We Can Recover” (2009) and “Taking Back America–And Taking Down the Radical Right (2004).