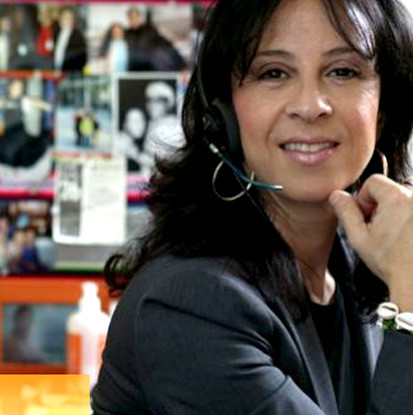 Maria Hinojosa has been documenting the story of Latinos in America for her entire career. She was the first Latina to be hired at National Public Radio in Washington, and later became the first Latina correspondent for the network. Because of her work with the network’s Latino USA, Hinojosa is now recognized as one of the most influential Latino/a  journalists in the country. In the new century, the drama of Latino immigration has become one of the most compelling yet divisive stories of our country. Latino USA is heralded by thousands of listeners who say that the program keeps them in touch with the pulse of a new America.  Over the past year, Latino USA has opened its airwaves and website to increasing the dialogue about what this change means. In addition to her work with NPR, Hinojosa is senior correspondent for NOW on PBS, the host of the Emmy Award-winning talk show “Maria Hinojosa: One on One” produced by WGBH/La Plaza, and the author of two books—“Raising Raul: Adventures Raising Myself and My Son” and “Crews: Gang Members Talk with Maria Hinojosa.”