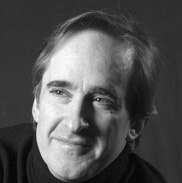 The Story Behind the Recovered Voices Project

One of today’s preeminent conductors, James Conlon has cultivated a vast symphonic, operatic and choral repertoire, and has developed enduring relationships with many of the world’s most prestigious symphony orchestras and opera houses. Since his New York Philharmonic debut in 1974, Conlon has appeared as a guest conductor with virtually every major North American and European orchestra and has been guest conductor at the Metropolitan Opera for more than 20 years. He is music director of the Los Angeles Opera; music director of the Ravinia Festival, the summer home of the Chicago Symphony Orchestra; and has been music director of the Cincinnati May Festival since 1979. In an effort to raise public consciousness to the significance of works by composers whose lives and compositions were suppressed by the Nazi regime, Conlon has devoted himself to extensive programming of this music in North America and Europe through the Recovered Voices Project.