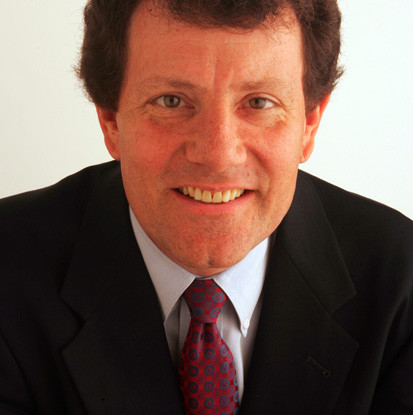 Nicholas D. Kristof, a columnist for The New York Times since 2001, is a two-time Pulitzer Prize winner. Kristof graduated from Harvard College, Phi Beta Kappa, and then won a Rhodes Scholarship to Oxford. He has lived on four continents, reported on six, and traveled to 140 countries. After joining The New York Times in 1984, initially covering economics, he served as a correspondent in Los Angeles and as bureau chief in Hong Kong, Beijing, and Tokyo. In 2000, he covered the presidential campaign and is the author of the chapter on Bush in the reference book The Presidents. He later was associate managing editor of the Times, responsible for Sunday editions. In 1990 Kristof and his wife, Sheryl WuDunn, also a Times journalist, won a Pulitzer Prize for their coverage of China’s Tiananmen Square democracy movement. Kristof and WuDunn are also authors of China Wakes: The Struggle for the Soul of a Rising Power, Thunder from the East: Portrait of a Rising Asia, and Half the Sky: Turning Oppression into Opportunity for Women Worldwide. Haunted by what he has seen in Darfur, Kristof has traveled to the region four times to provide coverage of the genocide that is unfolding there. In 2006, he won his second Pulitzer Prize for Commentary “for his graphic, deeply reported columns that, at personal risk, focused attention on genocide in Darfur and that gave voice to the voiceless in other parts of the world.” The lecture is co-sponsored by Karl Solibakke for the Bachman Conference, the School of Education, the S.I. Newhouse School of Public Communications, and the Syracuse University’s Humanities Center.