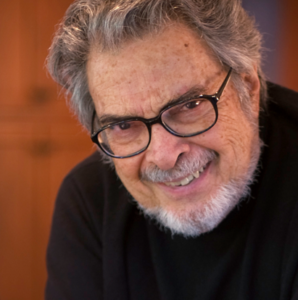 An Evening with Leon Fleisher

Leon Fleisher is a legendary pianist who began playing at age 4, at which time his parents pulled him from school, opting for private tutoring to allow more practice time (“I’ve long thought of entitling my biography ‘I Was a Kindergarten Dropout,’” he jokes.). Fleisher’s most recent recording, 2014’s “All the Things You Are,” reached No. 1 on the classical charts and earned a 2015 Grammy nomination. The subject of the 2006 Oscar- and Emmy-nominated documentary “Two Hands,” Fleisher is also an inspiring conductor, who is leading orchestras in China and Japan in fall 2015. For the University Lectures, he will perform a selection or two from his vast repertoire and then engage in a moderated conversation with Ralph Zito, chair of SU’s Department of Drama. Co-sponsored in cooperation with the College of Visual and Performing Arts.