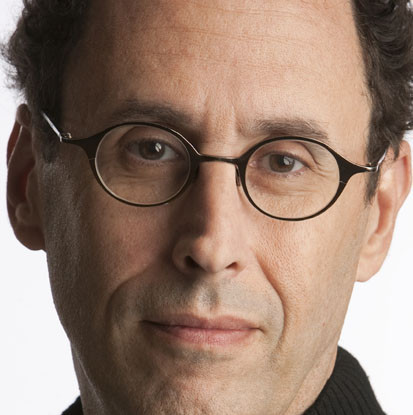 A Conversation with Tony Kushner

In a profile of Tony Kushner published in The New Yorker, John Lahr wrote that Kushner “takes an almost carnal glee in tackling the most difficult subjects in contemporary history – among them, AIDS and the conservative counter-revolution; Afghanistan and the West; German Fascism and Reaganism; the rise of capitalism; and racism and the civil rights movement in the South.  He gives voice to characters who have been rendered powerless by the forces of circumstances,” and “forces the audience to identify with the marginalized – a humanizing act of the imagination.”

Kushner is best known for his two-part epic, “Angels in America: A Gay Fantasia on National Themes.”  His other plays include “A Bright Room Called Day;” “Slavs!”; “Hydriotaphia”; “Homebody/Kabul”; and “Caroline, or Change,” the musical for which he wrote book and lyrics. Kushner has translated and adapted Pierre Corneille’s “The Illusion,” S.Y. Ansky’s “The Dybbuk,” Bertolt Brecht’s “The Good Person of Sezuan” and “Mother Courage and Her Children,” and the English-language libretto for the children’s opera “Brundibár” by Hans Krasa. He wrote the screenplays for Mike Nichols’ film of “Angels in America,” and Steven Spielberg’s “Munich,” as well as Spielberg’s movie “Lincoln.”  His books include “But the Giraffe,” “A Curtain Raising” and “Brundibar: the Libretto,” with illustrations by Maurice Sendak; “The Art of Maurice Sendak, 1980 to the Present”; and “Wrestling with Zion: Progressive Jewish-American Responses to the Palestinian/Israeli Conflict,” co-edited with Alisa Solomon.  His latest work includes a collection of one-act plays entitled“Tiny Kushner,”featuring characters such as Laura Bush, Nixon’s analyst, the queen of Albania and a number of tax evaders, and “The Intelligent Homosexual’s Guide to Capitalism and Socialism with a Key to the Scriptures,” which premiered at the Guthrie Theatre in May 2009, opened in New York in May 2011.

Kushner is the recipient of a Pulitzer Prize for Drama, an Emmy Award, two Tony Awards, three Obie Awards, an Oscar nomination, an Arts Award from the American Academy of Arts and Letters, the PEN/Laura Pels Award for a Mid-Career Playwright, a Spirit of Justice Award from the Gay and Lesbian Advocates and Defenders, and a Cultural Achievement Award from The National Foundation for Jewish Culture, among many others.  In 2008, Kushner became the first recipient of the Steinberg Distinguished Playwright Award, the largest theater award in the U.S.  He was also awarded the 2009 Chicago Tribune Literary Prize for lifetime achievement.  He is the subject of a documentary film, “Wrestling with Angels: Playwright Tony Kushner,” made by the Oscar-winning filmmaker Freida Lee Mock.